On June 23rd, 2021, the New York Widows’ and Children’s Benefit Fund welcomed beneficiaries and supporters from all over New York City to the 36th annual Mets Game, this time against the Atlanta Braves. After having to cancel the event last year due to COVID-19, we were so excited to be able to bring back this cherished tradition! 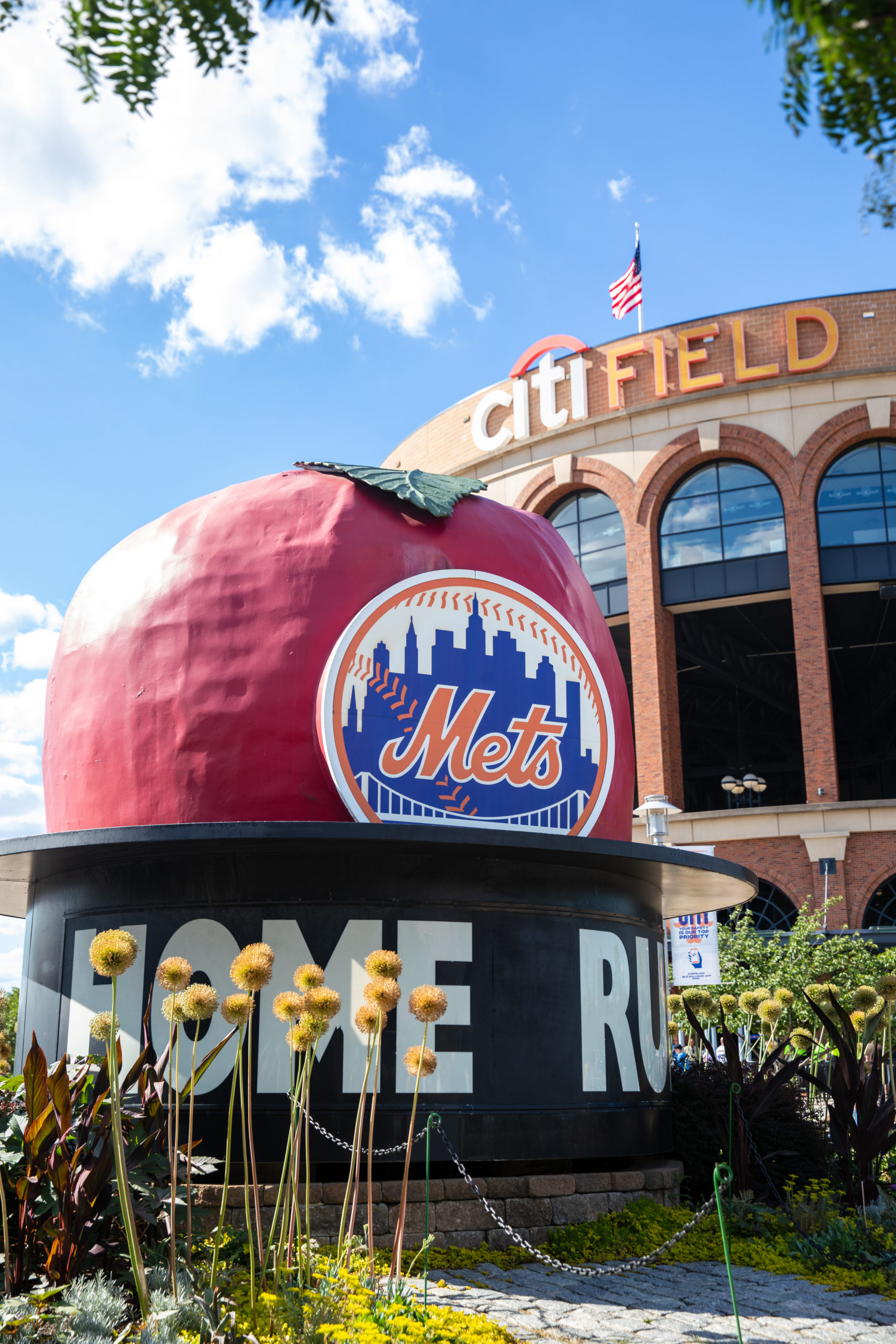 Those in attendance started the night off in Bullpen Plaza where they were given New York Mets jerseys and hats upon arrival. They then enjoyed an amazing pregame celebration with a wide selection of food, drinks, snacks, and family friendly activities! 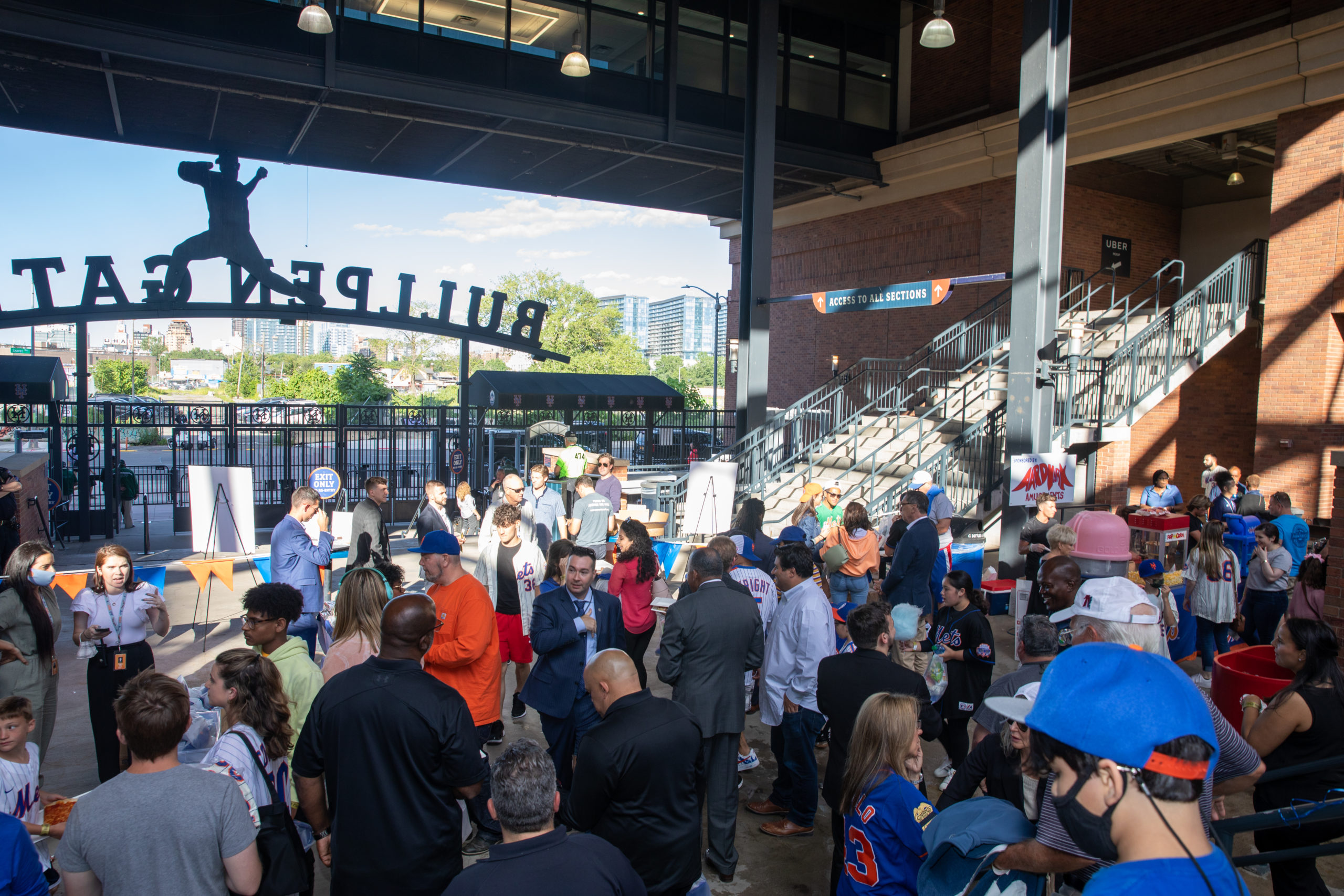 Families had the opportunity to take photos in our photo booth, enjoy some cotton candy, and were able to take home some amazing balloon creations! Beneficiaries were also able to enter our raffle which offered some amazing prizes varying from an American Girl Doll & Barbie prize basket to a Michael Conforto autographed bat! 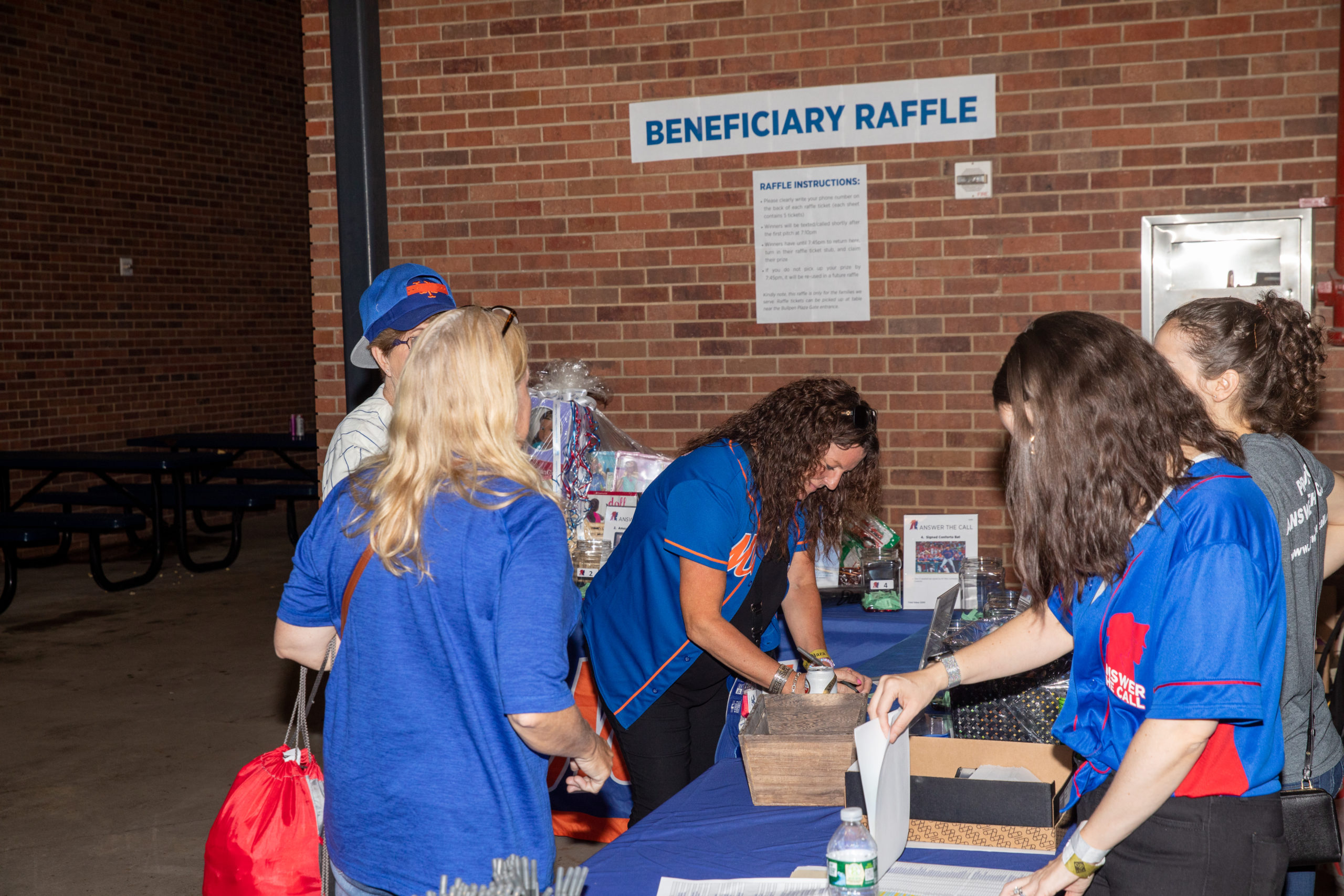 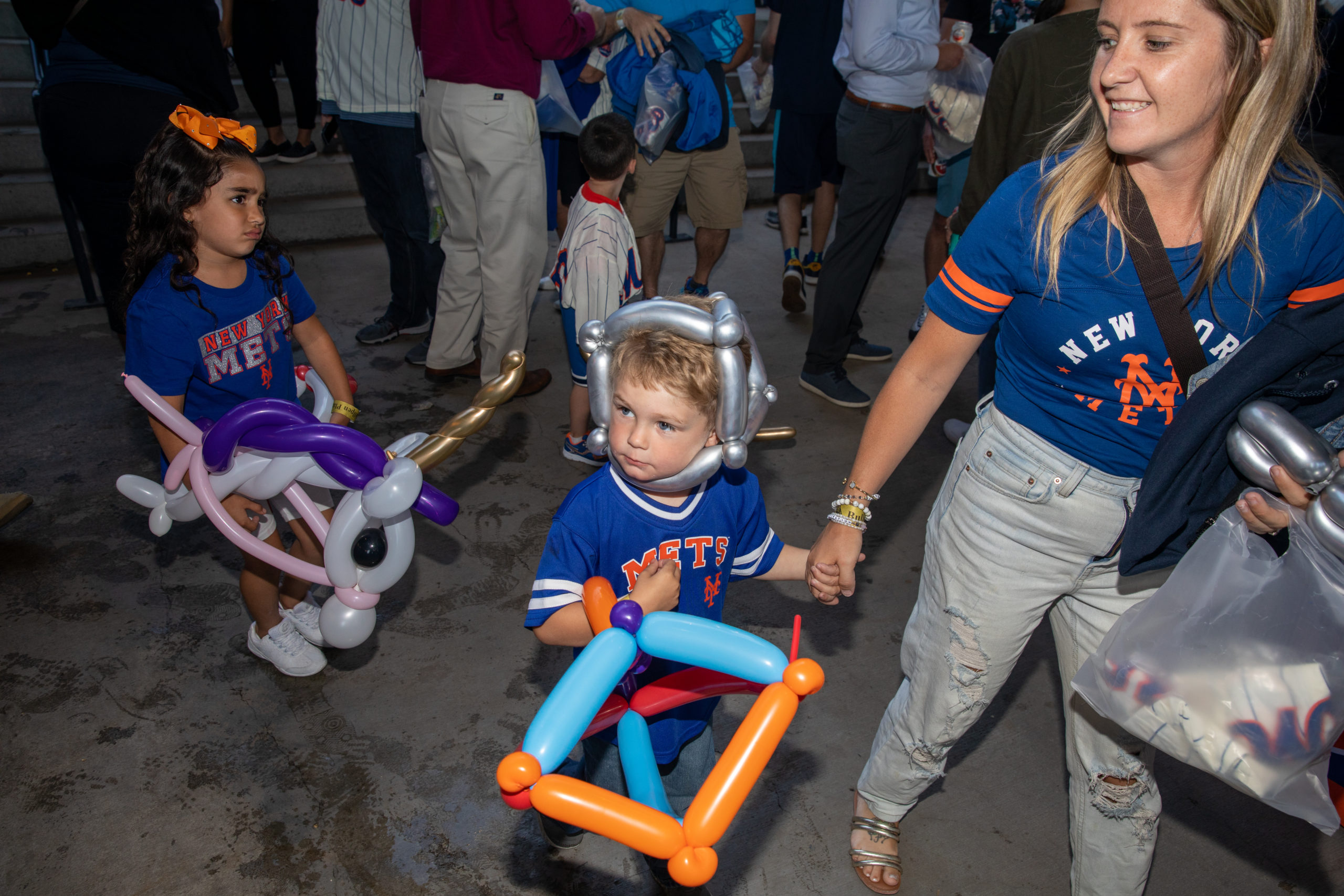 We were also honored to have NYPD Commissioner Dermot Shea, FDNY Commissioner Daniel Nigro, NYPD 1st Deputy Commissioner Benjamin Tucker and PAPD Superintendent Edward Cetnar (not pictured) join us in the fun. Thank you to board members Stephen Dannhauser and Larry Schloss for participating in the event as well! 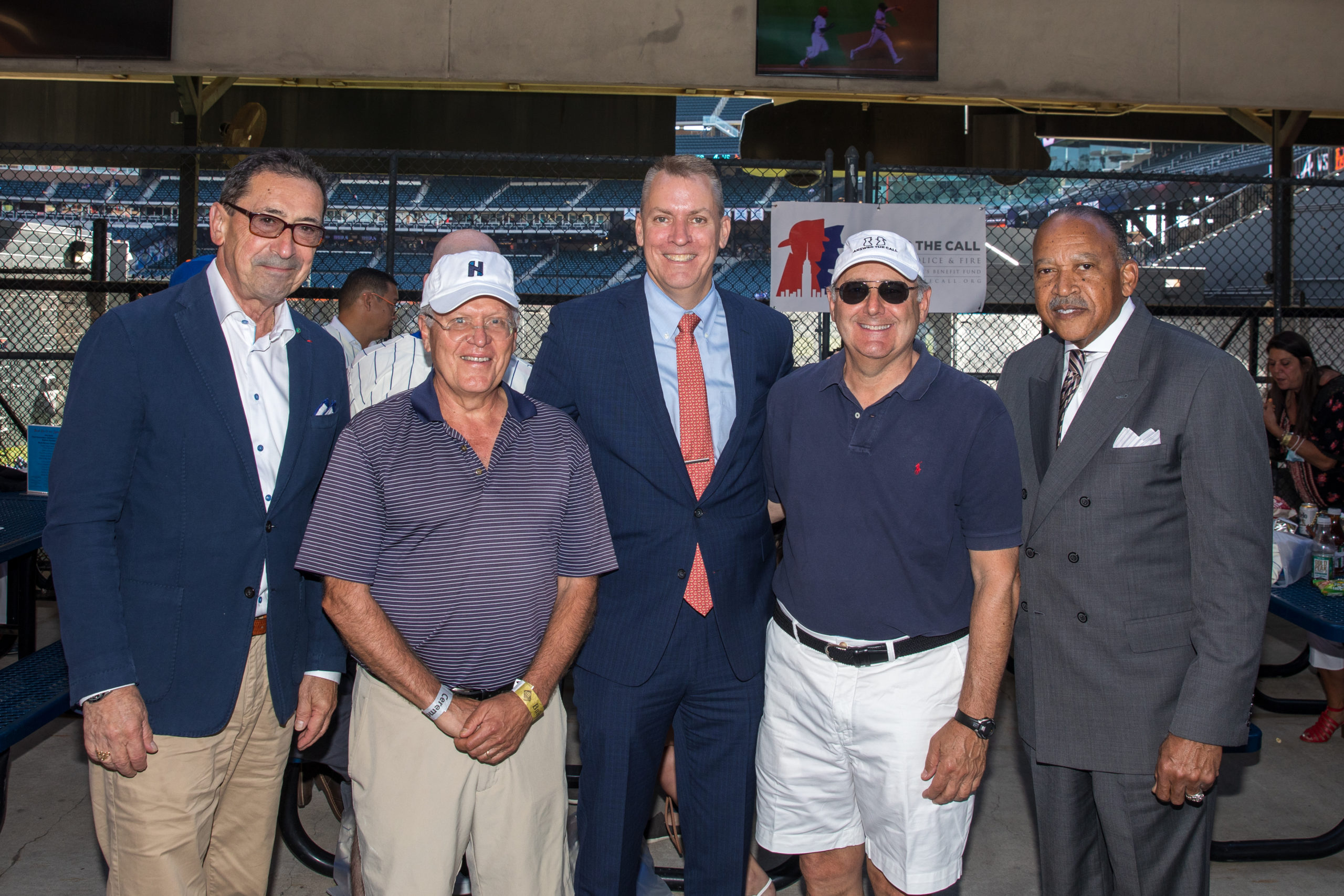 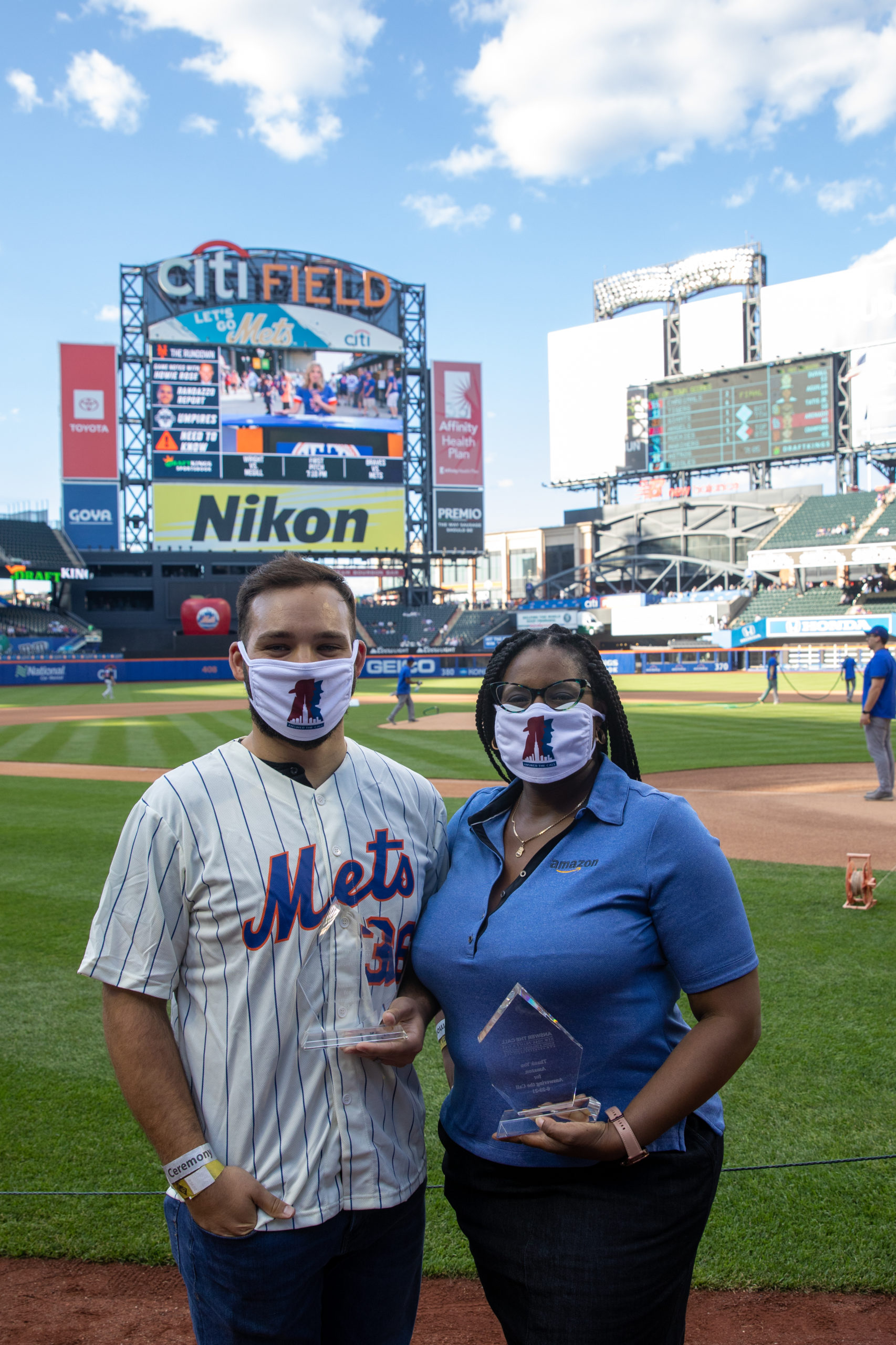 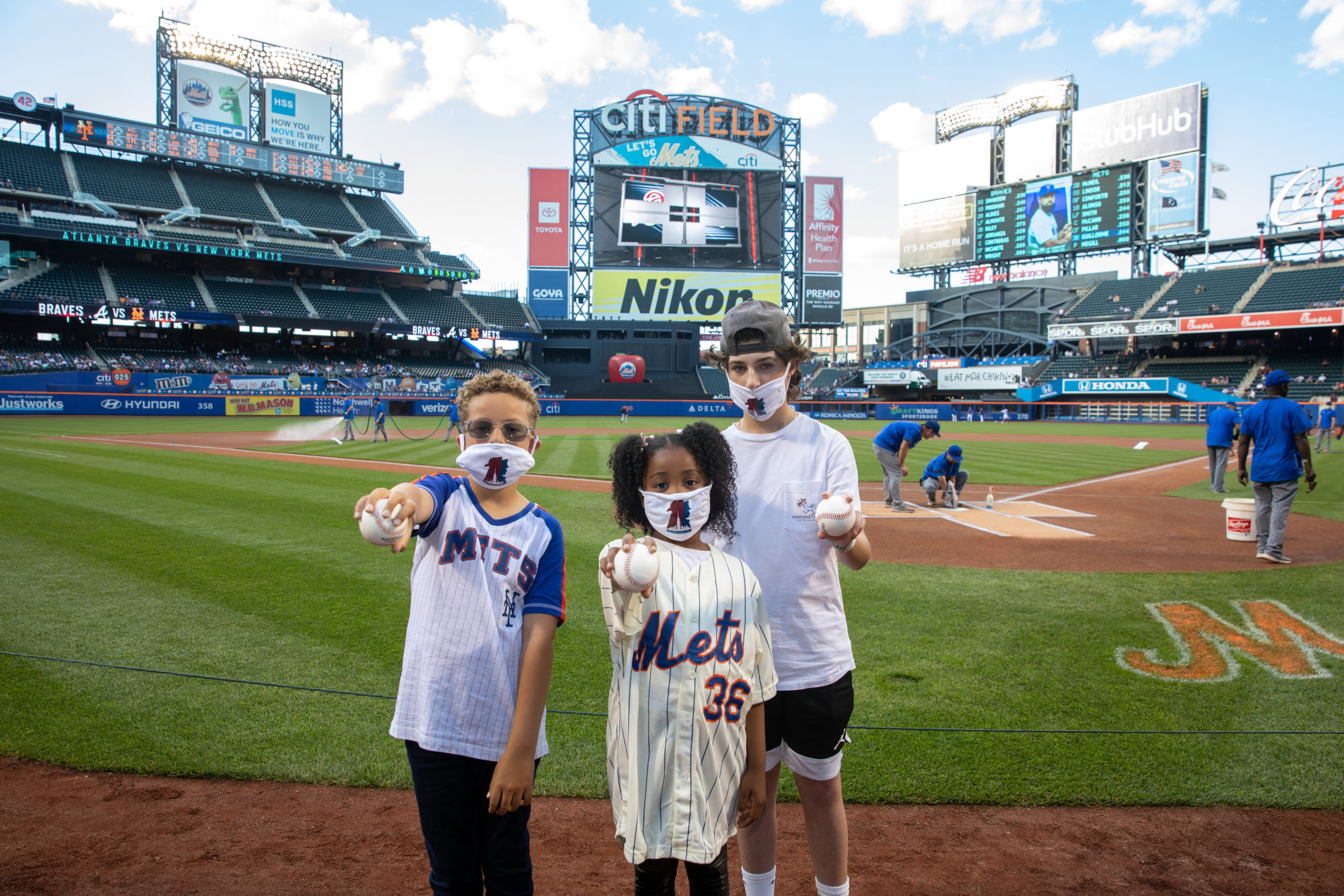 Following the first pitch, the National Anthem was performed by Matthew Ferrugia. Matthew is the son of the late FDNY hero, Joseph Ferrugia, who made the ultimate sacrifice in January of 2021. 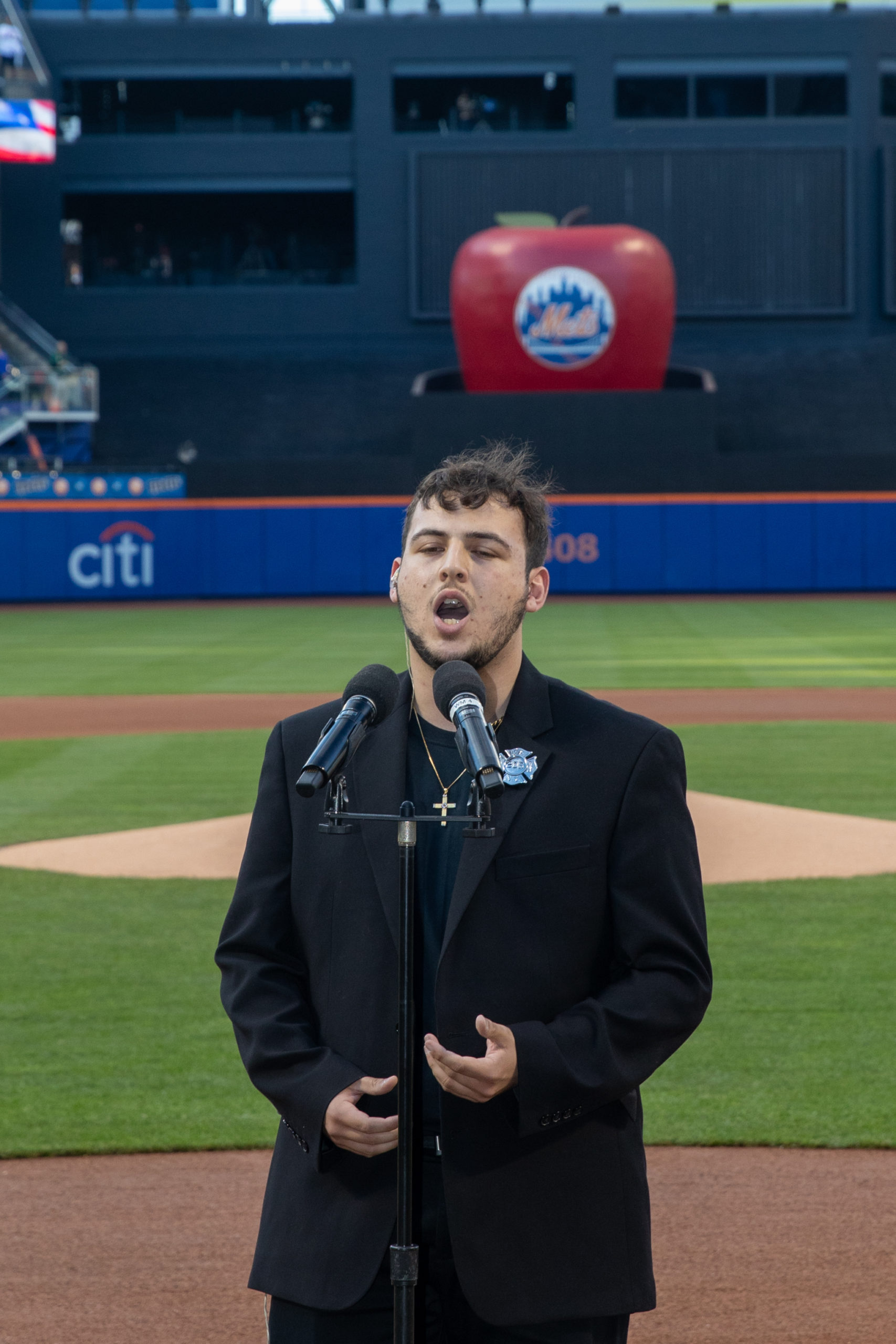 The night ended with a 7-3 win for the Mets! We would like to wish a special thanks to the New York Mets, Citi Field, and Aramark staff, as well as the New York Police & Fire Widows’ and Children’s Benefit Fund’s Board, Junior Committee, and volunteers. We want to especially thank the event sponsors and in-kind sponsors below for making this event possible. See you next year! 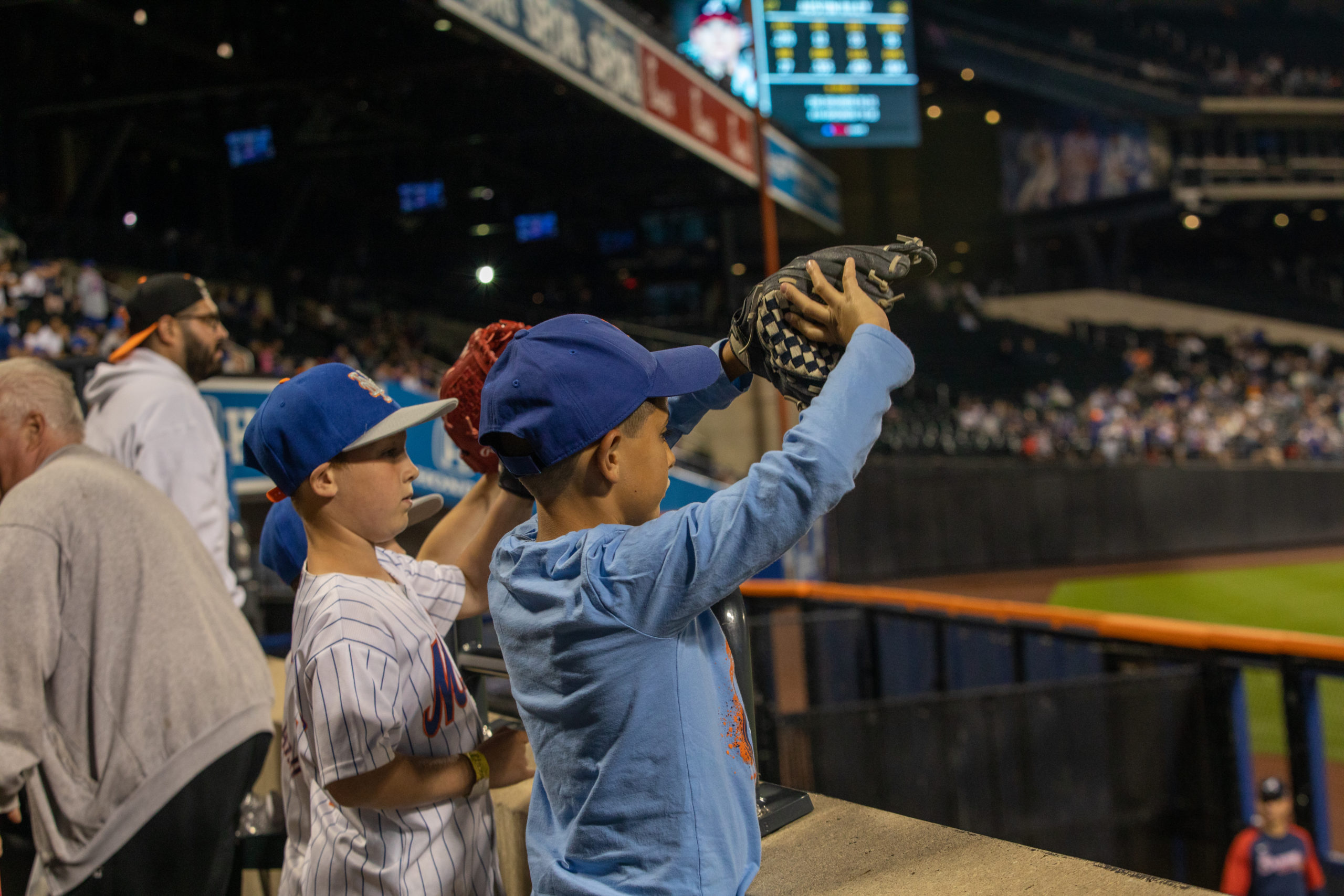 Thank You to our Financial Sponsors:

Out of the Park Sponsors

Special thanks to our in-kind sponsors: